how to build your own site

The remarkable disparity in both species richness and morphological diversity among clades represents one of the most salient patterns across the Tree of Life. Why some clades exhibit low species diversity and morphological stasis for much of their evolutionary history whereas others have diversified into numerous species and morphological forms continues to remain a central question in evolutionary biology. While uneven disparity may be more obvious at the macroevolutionary level, microevolution often drives these broad scale patterns. Species’ genetic and phenotypic diversity varies between geographically and/or temporally isolated populations as well as within a single conspecific population. Although researchers have long documented that sexual dimorphism and ontogeny contribute to phenotypic and ecological variation within a single species population, a growing number of researchers have recognized that even individuals within a single sex and age class exhibit intraspecific phenotypic variation that can alter ecosystem dynamics within a single community.

As a functional morphologist, I am interested in understanding how phenotypic variation both between and within species contributes to overall biological diversity. Using the ecomorphological paradigm, I investigate how morphological variation affects the performance, behavior, and ecology of species/individuals. This whole organism approach can potentially help us understand how ecomorphological mechanisms contribute to the success and survival of individuals and species. 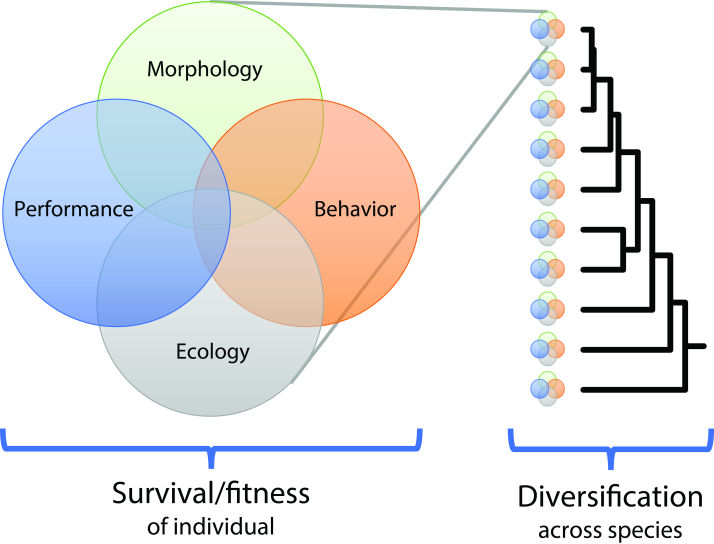